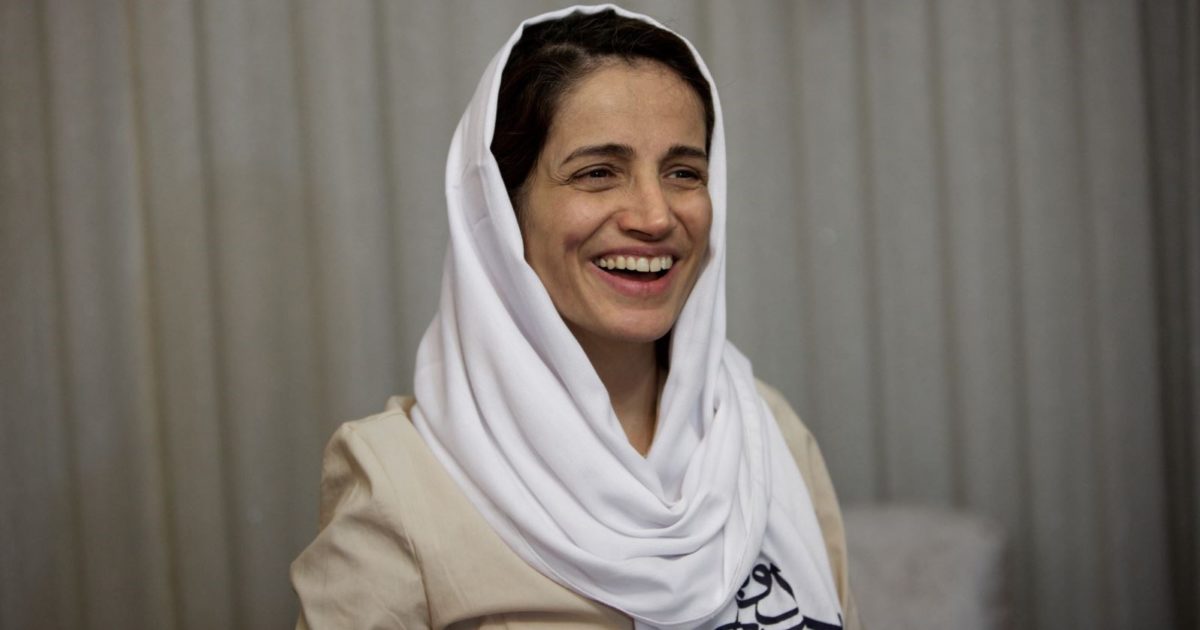 Nasrin Sotoudeh, a prominent Iranian human rights lawyer, has been sentenced to 38 years in prison and 148 lashes because of her work defending women’s rights & protesting against Iran’s forced hijab laws.

Women and girls in Iran are not allowed to leave their homes unless they cover their hair with a headscarf and cover up their arms and legs with loose clothing. Nasrin wanted to change this and she was jailed for it.

This is the harshest sentence recorded against a human rights defender in Iran in recent years, suggesting that the authorities are stepping up their repression. These sentences keep Nasrin separated from her husband and two children and stop her from being able to carry out her important work as a human rights lawyer.

Call on the Supreme Leader of Iran to release Nasrin Sotoudeh immediately and unconditionally and for her sentences to be quashed without delay.