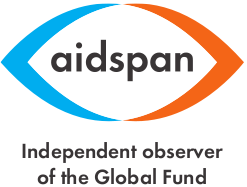 GFO is now available in French. Subscribe to it or add it to your existing subscription.

L’OFM est désormais disponible en français. Abonnez-vous ou ajoutez-le à votre abonnement. If your email program has trouble displaying this email, perhaps because you are reading it on a smart phone, view it as a web pageGFO Live >>Aidspan Website >>Contact GFO >>

1. NEWS: Civil society organizations push for a target of $18 billion for the Global Fund’s Sixth Replenishment

At the preparatory meeting for the Global Fund’s Sixth Replenishment, held on 7–8 February 2019 in New Delhi, civil society organizations called for a “bold” replenishment target of $18 billion. This is $4 billion higher than the $14 billion target announced by the Global Fund. An investment of $14 billion would not allow for scaling up programs to put countries on track to reach the 2030 targets for the three diseases, the CSOs said.Read more…

Sierra Leone made significant progress in its health programs between 2000 and 2014, but the country’s devastating Ebola outbreak in 2014 caused major disruptions to all health services, the OIG said, in the report on its first country audit of Sierra Leone. The entire country is still engaged in recovering from the adverse effects of the outbreak, the report says, with stalled progress on HIV and TB just one of its countless damaging consequences.Read more…

Transition out of Global Fund support to a wholly domestically-funded TB program in Fiji was made possible by a three-year preparation process, using guidance from the Eurasian Harm Reduction Transition Preparedness Tool. Over 90% of the transition plan has now been implemented, covering eight key areas identified by the Fiji Country Coordinating Mechanism in collaboration with the Fiji Ministry of Health and Maternal Services. The last area still to be addressed is that of the role of the Country Coordinating Mechanism in providing oversight to all communicable disease programs in Fiji after transition. Read more…

4. FROM THE FIELD: Eurasian Coalition on Male Health draws attention to ongoing challenges faced by MSM and LGBT communities

HIV incidence is on the rise in Eastern Europe and Central Asia, with the MSM population acknowledged as the main driver of the HIV epidemic in that region. There is no reliable evidence base for prevalence figures in the LGBT community, but it is clear that increased vulnerability of the MSM and LGBT communities to HIV-infection is strongly linked with negative attitudes to these communities expressed by the state and by parliamentary officials, and with the lack or inadequacy of specific health services.  The GFO talked with experts from the Eurasian Coalition of Male Health to explore what is behind the numbers and statistics.Read more…

By: Friends of the Global Fight

This is the third in a series of interviews with the Senior Disease Coordinators at the Global Fund to Fight AIDS, Tuberculosis and Malaria. In this Q&A, Friends spoke with Dr. Ade Fakoya, the Senior Disease Coordinator specializing in HIV/AIDS, about the opportunities to fight AIDS covered in Friends of the Global Fight’s report, “At the Tipping Point: U.S. Leadership to End AIDS, Tuberculosis and Malaria”.Read more…

In this collection of links to other publications’ coverage of the African Union Leadership meeting, “Investing in Health”, held in Addis Ababa on February 9, we highlight articles from AIDS Africa Watch and Devex, and a news release from the Global Fund. They describe the meeting’s focus on strengthening African countries’ own commitments to reaching Universal Health Coverage, and to increasing domestic investments in health as a greater percentage of the gross domestic product of each country. Read more…

This is issue 350 of the GLOBAL FUND OBSERVER (GFO) Newsletter. Please send all suggestions for news items, commentaries or any other feedback to the GFO Acting Editor at adele.sulcas@aidspan.org. To subscribe to GFO, go to www.aidspan.org.

GFO Newsletter is a free and independent source of news, analysis and commentary about the Global Fund to Fight AIDS, TB and Malaria (www.theglobalfund.org).

Aidspan (www.aidspan.org) is a Kenya-based international NGO that serves as an independent watchdog of the Global Fund, aiming to benefit all countries wishing to obtain and make effective use of Global Fund resources. Aidspan finances its work through grants from foundations and bilateral donors. Aidspan does not accept Global Fund money, perform paid consulting work, or charge for any of its products.

GFO Newsletter is now available in English and French.

Reproduction of articles in the Newsletter is permitted if the following is stated: “Reproduced from the Global Fund Observer Newsletter, a service of Aidspan.”